Messaging platform Kik Messenger was launching new technology to allow users to play games with each other in the app. I was asked to design a fun and viral game that could launch on the platform in 2-3 months.

I kicked off the project by creating a series of presentations that informed the team about the platform and what kind of games could do well on it. This included a presentation outlining what could create virality in an app or game to help spark some ideas.

Then, I led a brainstorming session with several individuals to gather as many ideas as possible for the type of game we could create. The leading concept that came out was a competitive word game.

With the concept chosen, it was time to start designing the mechanics. I set out by outlining the top goals we had for those mechanics. Competition – players were actively playing against other players; and Creativity – players create words, similar to Scrabble or Words with Friends. 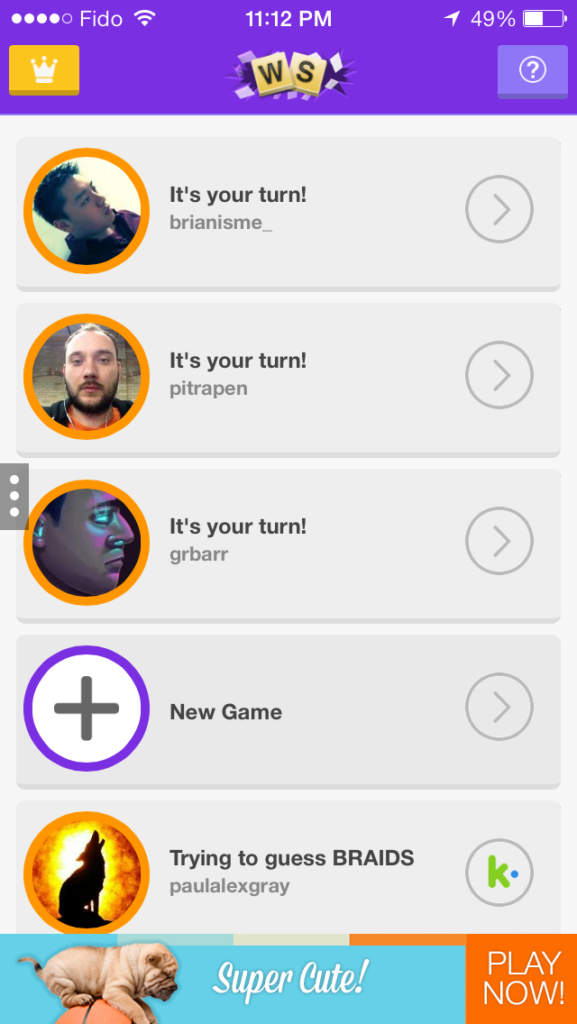 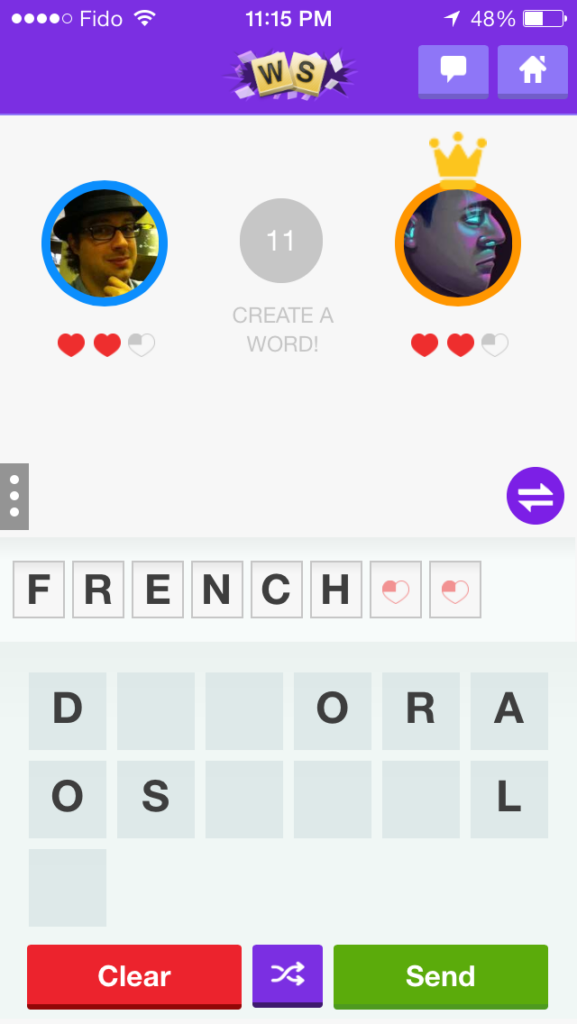 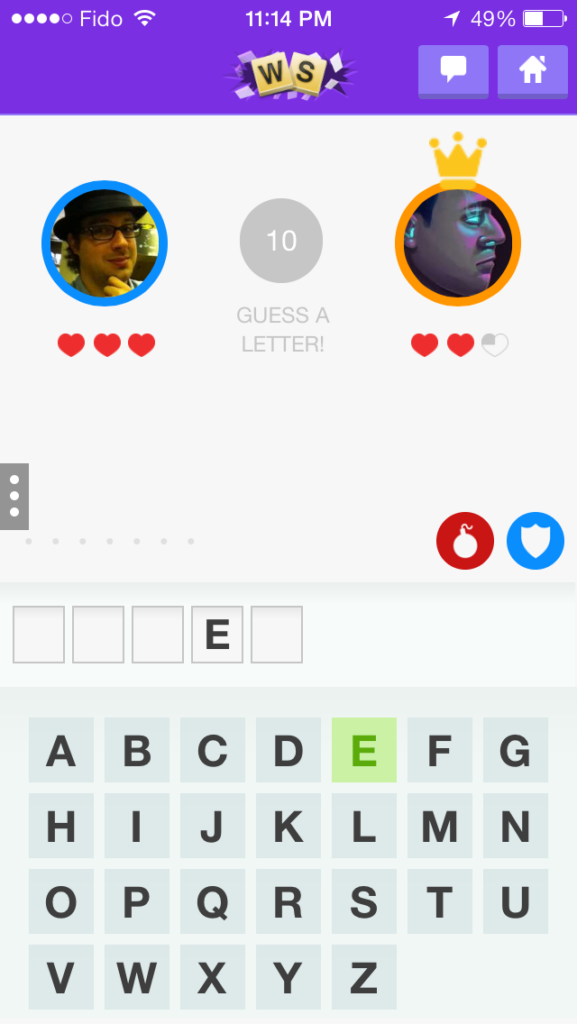 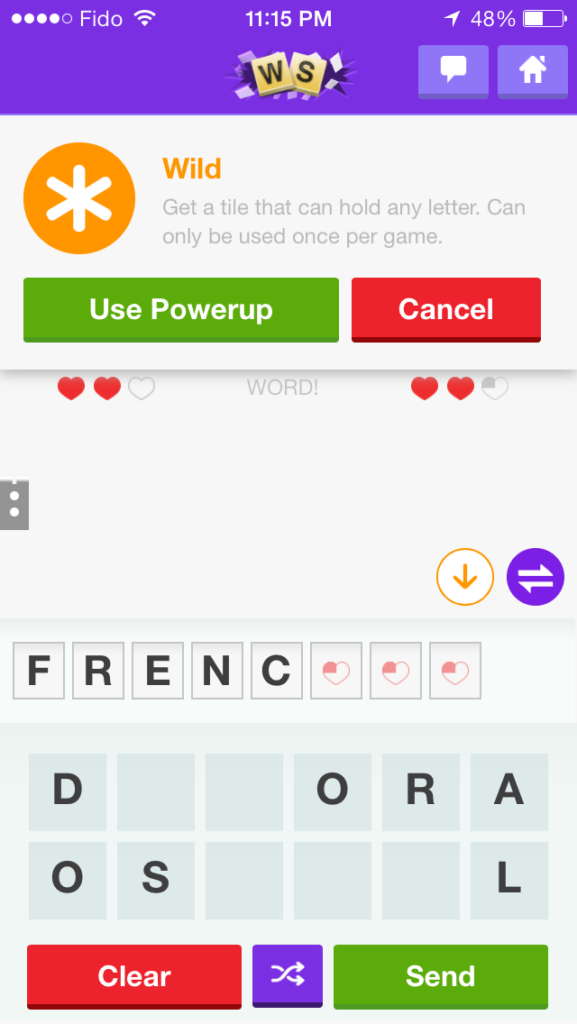 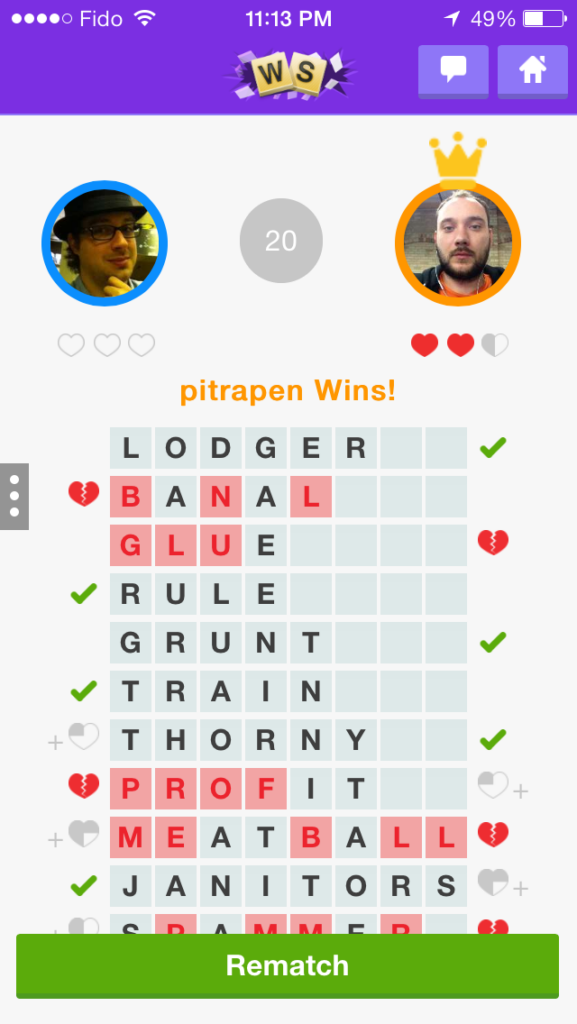 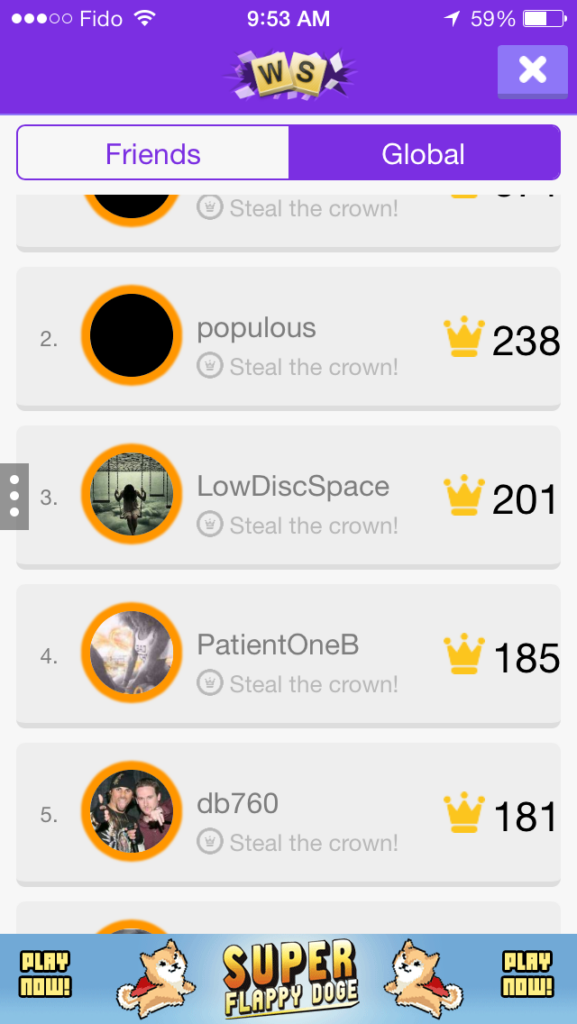 After initial prototyping and refining of the core gameplay, I worked closely with a UI Designer to bring the UX wireframes to mockup and clickable flows. We then began building the game in HTML5 using AngularJS. I worked closely with a backend engineer, who focused on the server-based gameplay logic while I created the frontend code for the game.

The game grew very quickly on the platform and reached a viral factor of 2.1x in the first few weeks. Meaning, for every 1 player that started playing, 2 more players would join the game from their invitations. Unfortunately, Apple stepped in the way of Kik Messenger’s plans and did not allow them to feature games within their app due to the platforms restrictions, so the game is no longer available.